Coaching Football Players How To

Learn More About The Academy
Get Started

Increase Your Speed, Explosiveness, Strength, and Power For Season

Providing Nutrition For Youth, Teens, And For Adults & Parents

Access ALL Of Our Programs & Workouts For Athletes, Youth, & Parents

Watch the Motivational Video of Gridiron Athlete Andrew Serrano below.

Andrew Serrano went to Notre Dame High School in Illinois where he played football and basketball.

He was a one year starter and played defensive tackle for them. He didn’t make all conference and was not recruited to play college football. He loved the game so much and wanted to play in college. His older brother Eddie contacted me and asked if I would train him so Andrew can tryout for the University of Missouri.

I was so excited to work with him because I knew it was not going to be easy. From day one, Andrew’s by far, one of the hardest working kids I know. During his senior year of high school, he would come to the gym and train at 6 AM before school started. We trained five days a week for 7 months before he left for college.

I decided to document all of our workout sessions so we both can look back at the transformation and the grind it took once he made the team. I told him he needs to believe 100% he is going to make the team.

After that, he had a clear vision with a focused mindset. We both had the mindset and trained that he was going to make the team (if you followed our Instagram page during that time, or you can go look at our old posts and see I posted he was playing for them next season).

Andrew was FOCUSED and worked his butt off every day both physically and mentally. Andrew is now living his dream, he manifested and created what HE wanted in his life and is now playing college football in the SEC, the Best Conference in Division 1 football.

NO DREAM is ever to big! Never let anyone tell you…. That YOU can’t do something.

Watch the Motivational Video of Gridiron Athlete Andrew Serrano below.

Here Is What They Are Saying

"I have been working with Gridiron Elite Training for over a year now. Coach Jeremy has helped me grow into the athlete I am today and ultimately helped me make the University of Missouri football team. Coach Jeremy brings high energy to every single workout. When you come to workout, he's going to be ready for you. He'll make it easy on your time. He always finds the best time that will work for both of you. My senior year of high school, we'd workout at 6 am Monday-Friday. I know he didn't have to do that, but he went out of his way to help me and it's made me eternally grateful. I just want to say you're getting your money's worth working with Gridiron Elite Training.

Andrew SerranoDE - Mizzou D1
"Coach Jeremy has helped me through my athletic career all the way back to my sophomore year of high school. I have never been pushed to be better and motivated by any other coach. Jeremy is always there for me to answer questions about anything. What really stuck with me from coach was when he told me, "Do you want to be good, or do you want to be great? This game doesn't last forever, so make every practice, training session, and game like it's your last." He has been a huge part in my development as an athlete both on the field and off the field. If any athlete has the chance to work with him, they definitely need to."

Tommy HerionState Champ QB - Iowa | New Hampshire D1
As a testimony to Coach Jeremy, when I flew to Chicago to train with him for 6 weeks leading to my pro day, he brought a warrior mentality to every training session. What I loved about coach was his athleticism. He practices what he preaches. He pushed me to be the best athlete and person I can be and helped my 40 time drop from a 4.59 to a 4.43 in just 6 weeks. I wouldn't be in the position I am having played Division 1 Football and now having a chance professionally without Coach Jeremy's help. Although I'm in San Diego now, he still takes the time to answer my questions whenever I need it, which is why I will continue training with coach even though I am in a different state.

Charles WestbrookRB - NFL Free Agent
"I met Coach Jeremy in 2018 and man can I say that had to be one of the best things that has ever happened to me. He's helped me on a publicly level on social media and to different coaches and scouts. The main thing I noticed the most with him is how involved he is and how he's always there for you no matter what. He has taken me, an athlete with ZERO high school and ZERO college football experience to now having a shot professionally. I just signed for the new professional football league WITH ZERO FILM! That right there shows how good of a coach Jeremy really is. He has so many connections and worked hard to contact everyone he knew for me."​

Jordan HillWR - No Experience to Playing Professionally
I'm a junior offensive lineman at Colgate University. Gridiron has helped me tremendously with my explosiveness and mobility in my game. One particular example which I have seen improvement from working with Gridiron is in plays where I pull as a guard. Having the hip mobility to open up from my stance and run down the line kick out a defensive lineman and explode through the block is one of the many aspects of my game that has improved from doing these drills. I love how the drills we do with Gridiron Elite Training are all movements that translate directly to field to maximize our performance and to dominate our opponent. 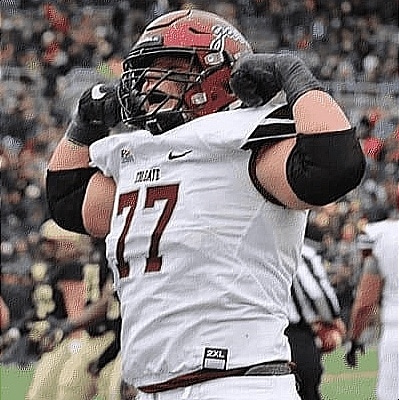 go beyond your limits

How to Get Recruited

Commit to Getting Faster, Stronger, Quicker, & Mentally Prepared For This Football Season

challenge yourself. take your game to the next level. 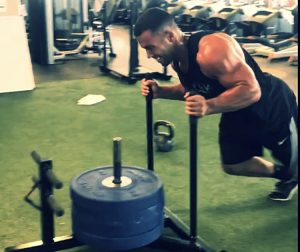